Goalball is an exciting Paralympic, indoor, 3-aside team sport, of attack and defend. 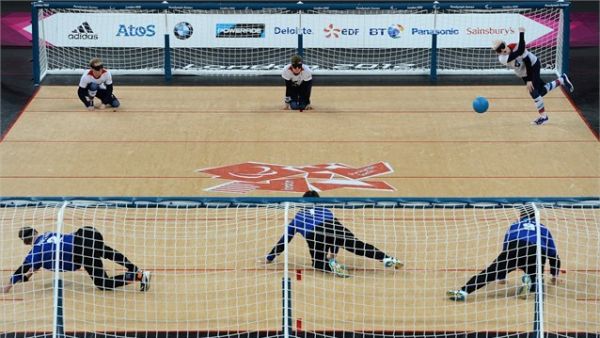 Goalball is a game played by two teams of three players with a maximum of three substitutions on each team. It is open to both male and female visually impaired athletes, and sighted players can also play domestically. It has three main distinguishing features:

The object of the game is to score a goal by bowling the ball along the floor so that it crosses the goal line of the opposing team. The defending team has to prevent the ball going in to their goal by stopping it while remaining in their team area. They must then try to control the ball and attack by bowling the ball back again thereby trying to score in the other goal.

Goalball UK is the National Governing Body for Goalball in the UK, visit their club finder  for more information on how you can get involved in the sport.