“My local councillor put me in touch with Wesport, which is where the magic began!”

We have been working with a local parent in Lockleaze set up a Satellite Club, with the support of England Netball and the local community. We caught up with Petra; coach and founder of the Lockleaze Foxes, about the journey from her initial idea to running a successful club!

"When my daughter asked me whether she could play more netball, and I  decided to ask the local councillor for a court around an already existing solitary hoop,  little did I know of what was about to happen!

My councillor put me in touch with Wesport, which is where the magic began!

Less than a year later, I am now a Level 2 netball coach and we have an established netball team, the "Lockleaze Foxes", boasting around 14 members, who come to play come rain or shine.

Wesport have been nothing short of amazing in the setting up and supporting of it all!

Setting up, undertaking my coaching training and running this netball team has been made so easy thanks to Wesport being there every single step of the way, providing their guidance, expertise and financial funding of courses, fantastic coaches, our court hire and equipment.

It is thanks to Wesport that we have been able to have qualified coaches provide high quality sessions, whilst keeping it all completely free of charge for all participants. This is especially wonderful, as Lockleaze is an area with it’s fair share of childhood poverty and a recognised lack of things to do for girls.

There are girls within the team who may otherwise not have had an opportunity to play. One girl in particular mentioned how special this was to her, she’d always wanted to play netball, as her mother had played when she was young. This had been her first ever opportunity.

As well as running the Foxes regular netball team, Wesport funded us to run a couple of Netball Holiday Clubs at our venue. We have also visited a Lunchtime Club a couple times to provide some introductory netball sessions.

There has been a real knock on effect of having these netball workshops with local adults now asking to play netball also. Our venue have since had a netball court professionally marked out for us, and with support from Wesport, have purchased some netball hoops.

Wesport have gone above and beyond to provide girls in Lockleaze with the opportunity to play netball, and not just from a distance -  it is always lovely when someone from Wesport pops in to observe and partake in sessions!

We have felt incredibly supported throughout, and it is all with huge thanks to Andy, Ruth and the rest of the wonderful team at Wesport that any of this has been made possible."

Since starting some focus work in Lockleaze, we have:

The Impact of Sports Coach Apprenticeships

Coach Core is an innovative and engaging sports coaching apprenticeship being delivered across a number of UK cities, including...

This project is aiming to create a new sport and physical activity workforce, ensuring there are ‘more people like... 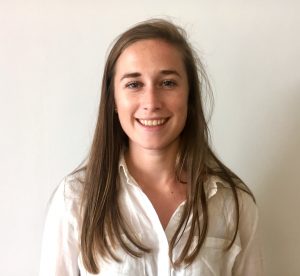